Please wait while we generate your report

Get Your Personalized Report

There doesn't seem to be an automatic way to determine the price of your home. However, if you fill in your details below I will send you a personalized report with your home's value and more!

There doesn't seem to be an automatic way to determine the price of your home. Can we create a personalized report just for you? 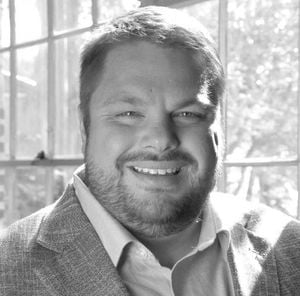 As a five-star, top one-percent, award-winning real estate agent, Stephen has helped clients buy and sell more than 650 homes throughout Georgia during the last eight years. By working closely with builders, developers, and designers, his input and expertise has helped craft some of the most popular neighborhoods in the state. Stephen has served the Classic Multiple Listing Service as president and vice president, board member of the local association of REALTORS, committee member for the Georgia Association of Realtors Standards and Grievance, and as a representative on his neighborhood’s homeowners association (HOA) board. In 2015, he received his Graduate REALTOR Institute designation.

LEARN MORE ABOUT ME 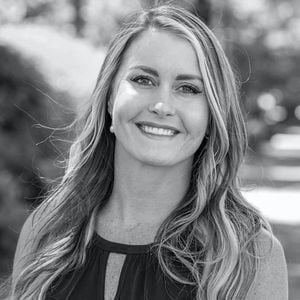 Licensed as a REALTOR and associate broker with PalmerHouse Properties, Hannah began her real estate career in 2016 and has assisted with the sale of more than 140 homes. Originally from south Georgia, Hannah has been an Athens-area resident for more than a decade after graduating from the University of Georgia with a Bachelor's degree in Landscape Architecture in 2012. Her study of landscape architecture bolstered her detail-oriented interest in real estate and design. As an Academic and Athletic All-American diver for the UGA Swimming and Diving team (2007-2011), Hannah learned the value of hard work and dedication, which carries over into her passion for helping clients achieve their home buying goals.

LEARN MORE ABOUT ME

Submit Your Testimonial
“Stephen gave me plenty of houses to look at. He was a great mentor to discuss different home types, finances, possible remodel ideas, and basic inspection questions.
He is very respectful about what each person is wanting in a house and he learns quickly what specific houses you would love or hate. He is patient and doesn't force you into a house. He helps you realize if you can really be happy in a home or if you are just settling for something "okay".”

“Working with Stephen makes the home buying process much easier. He leverages technology to make the process fast and easy. He will also fight to get you the most for your money!”

“Steven is a great person, a honest Realtor, he is knowable, helpful. and caring ... just can't say enough good things concerning Steven and my experience with his work.”

“Hannah was amazing. She worked none stop, even while on vacation out of the country to ensure we got the house we wanted. She also went above and beyond working with our finance company to ensure all documentation was in order for closing. We can’t say thank you enough! We highly recommend Hannah and Georgia Move for your future home purchase.”

“I worked with Stephen as a buyer and it was a very smooth transaction. Communication was great, responses were timely even though he was traveling during the process. Would definitely recommend him to other buyers or sellers.”

“Working with Hannah was very easy, she was extremely responsive to all my questions and always timely. Working with her was a very positive experience and I wouldn't hesitate to recommend her to anyone looking to buy or sell in Athens.”

“What can I say about Stephen? He is purr-fect! It was a seamless transaction and I can't thank him enough for making a newbie buyer like me feel very comfortable during the entire process.

My hats off to him and will definitely recommend him to anyone looking to buy or sell home.”

“I'm very happy with how the selling of my home has turned out. Stephen has been great! I thought the whole thing would be one drawn out process but it couldn't have been further from the truth. I'd like to give him two thumbs up!”

“I'd like to say a big thank you to Stephen. He is a true real restate guru! But don't just take my word for it, visit his office and see for yourself. :-)”